Traditions: Why Do We Decorate for Christmas? 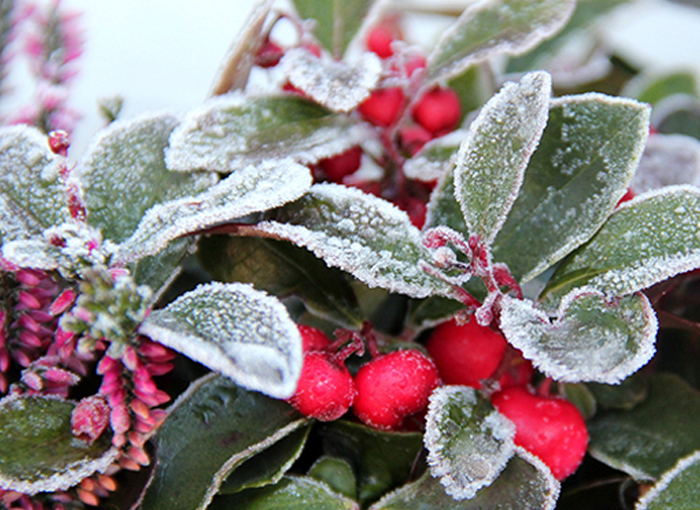 At some point during the mad dash to get the holiday decorating finished, we all take at least one moment to question why? Where did this tradition of dragging an entire tree into our homes and covering every available surface with greens and glam originate?

To find the roots of why we make that mad dash for the holly and the ivy, we have to go all the way back to the ancient solstice festivals of the Greeks, Egyptians, and Romans. These early cultures pleased the gods of growth and rejuvenation with potted laurel and sprigs of holly. The holly was believed to shelter faeries and elves and Roman households would hang holly on their doors to chase away evil spirits. They would also use ivy, which was a symbol of prosperity and charity. Ivy was closely associated with the god Bacchus, who was the god of good times and revelry, so it makes sense that this tradition has remained.

Early Christians also decorated their homes with holly, which they associated with Christ. The prickly leaves represented the crown of thorns and the vibrant red berries symbolized the blood of Jesus. The adoption of this traditional decoration with a Christian interpretation allowed for celebration in secret and likely protected Christian families from persecution. If you decide to decorate with holly, remember that the berries are toxic and should be kept away from children and pets.

It may seem odd to celebrate life and peace with a parasitic plant which actually kills its host, but mistletoe has been present throughout Christmas and solstice lore. In the Norse mythology, the god Balder was killed by an arrow poisoned with mistletoe and giddess Frigga declared that the plant would never be used for death again. She decreed that the plant would only be used for peace and love. It became tradition for enemies to lay down arms when meeting under mistletoe in the woods. This idea traveled to Europe and it became the custom to kiss under the mistletoe and then pluck a berry, which was discarded. Once the berries were gone, the kissing was over. It stands to reason that people spent some time looking for bunches with extra berries! The process for collecting mistletoe in the United States has become a bit unceremonious. A common method is to shoot it out of a tree with a shotgun, then collect the plant off of the ground. The image of pagans with robes outstretched catching the falling pieces after being cut from high in a tree by a priest on the solstice seems far more romantic. Whatever your method of acquisition, remember that the berries are very toxic.

What we currently think of as a Christmas tree, began as a tradition in 16th century Germany. Christians would bring a fir tree into the home and decorate it with treats such as apples, nuts, and gingerbread. It took another 300 years or so before the Victorians brought Christmas decorations to the level of extra we know today with light from candles, and gold leaf ornamentation.

As with all things trendy, it started with a picture of the royal family celebrating around their fully decorated tree. The image of Queen Victoria and Prince Albert with their family and tree made it clear that every British household needed a decorated tree for Christmas. The same image, edited to look less “royal” was published later in the United States and the trend continued to spread. Prior to this, decorated trees in the US were considered to be more of a pagan curiosity.

This was the same time that it became fashionable to make crosses and wreaths of fir boughs to decorate gravesites. These decorations were then removed and brought home to be enjoyed through the rest of the winter. If you are looking for permission to leave those greens up just a little bit longer, tell your friends and neighbors that Queen Victoria said it was fashionable and appropriate.

The contemporary Christmas tree and greens might be a symbol of Christianity in one home and an artistic expression of the season in another, but the beauty and comfort they provide is undeniable. In the dead of winter as we travel through the darkest days of the year, it is impossible to ignore the sense of warmth created by the scent of greens and the sparkle of lights brought to our homes by holiday decorations. Christmas greens smell alive and remind us of exciting new beginnings just around the corner!