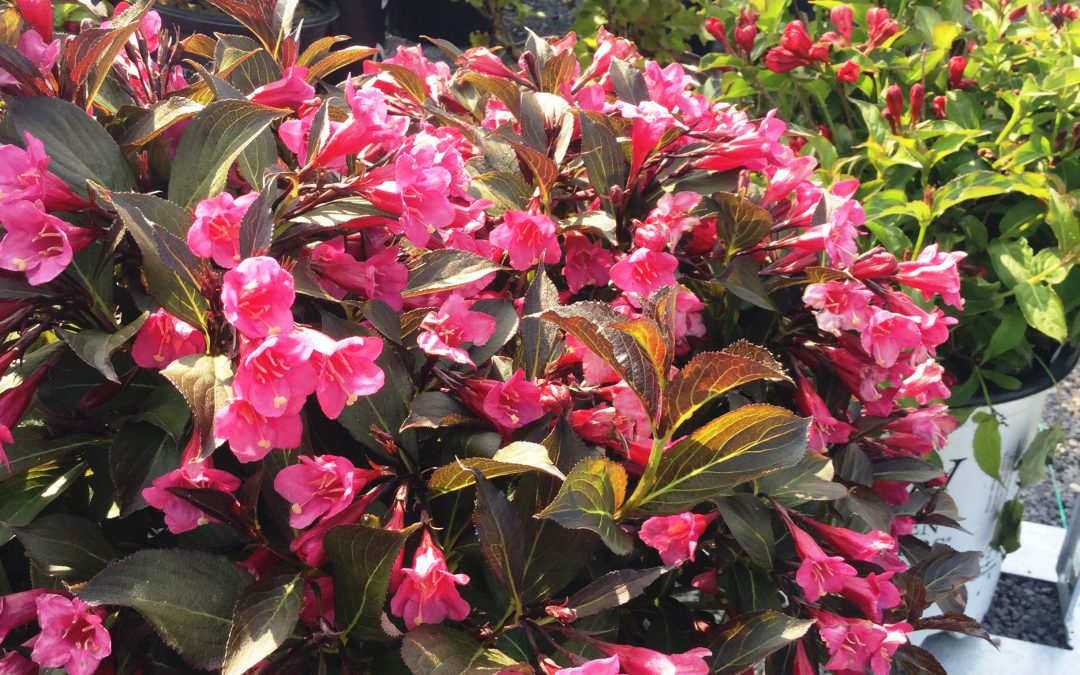 There are very few shrubs which are the full package. Fortunately, there are weigela. If you are looking
for a landscape shrub which will adapt to most conditions and still put on a traffic stopping show, this is
definitely the plant! Weigela stay tidy with almost no pruning and have the perfect combination of
beautiful leaves and gorgeous blooms. The foliage on some varieties is so colorful, they don’t even need
to bloom to attract attention. If another reason to love them was necessary, it would be found in the
fact that bugs and munching wildlife are not a regular concern.

Sun: Weigela require at least four to six hours of direct sunlight in order to live up to their full potential.
They will tolerate a little less, but if you want the show, you need to give the sun. They will do well with
eastern, western, and southern exposure in the landscape. In eastern exposure, with four to six hours of
morning sun, they will be almost carefree. Western exposure brings more heat, so watering regularly
will be important in the beginning. In a full southern exposure, weigela will thrive as long as they are
watered regularly through the heat of summer in the first two years and through drought periods.

Water: Newly planted shrubs should always receive a deep watering every three to five days after initial
planting. A dripping hose left at the base of the plant for an hour or so after a couple of days without
significant rain will generally establish those fresh roots quickly. If the weather is providing two inches
of rain in a week, consider the job done and skip the direct watering. Watering in the first couple of
months after planting is the single most important part of establishing any plant and a deep soaking is
always better than a quick spritz.

Fertilizer: A balanced granular organic fertilizer is going to be the best choice for plants growing in the
ground. Fertilizing hardy shrubs is really about building momentum for next year, so don’t expect to see
immediate results. Year one should involve adding compost and organic matter to the planting hole
before setting that root ball in place, then providing a solid layer of mulch to retain moisture. Everything
a gardener does at planting time is paid back in the future, so give that new plant baby the full spa
treatment.

Pruning: Pruning is usually unnecessary with weigela. They tend to bloom heaviest on old growth, so
the cutting of errant branches should be done either while the shrub is blooming, or immediately after
the flowers fall. Weigela will often throw out blooms throughout the summer if they are happy, so
pruning should only be done when necessary to maintain shape.

Pests and Diseases: Bugs happen to the best of plants. Weigela are not particularly prone to any specific pests or diseases, so they will usually thrive without a weekly pest inspection. Aphids can occasionally attack the tender new growth, but ladybugs tend to arrive quickly and take care of the offending insects. A light spraying with insecticidal soap should resolve any issues quickly. 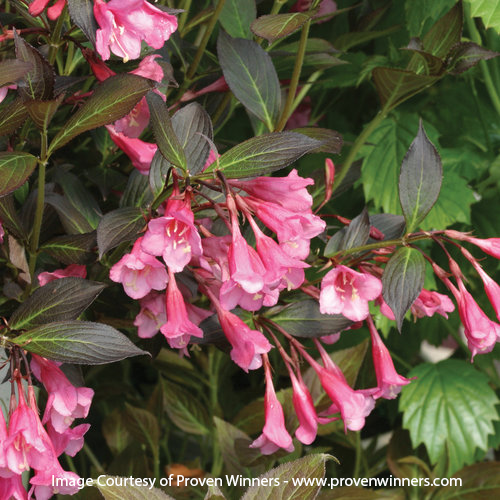 If you prefer darker foliage and are looking to contrast yellows and oranges, ‘Fine Wine’ is a great plant.
At two to three feet in height, the burgundy foliage and pink blooms will make a fantastic background
for low growing perennials and annuals. This one has a reliable rebloom in the summer, so it will keep
the hummingbirds coming. 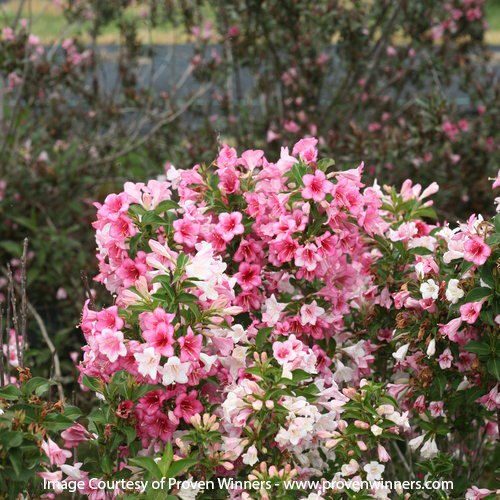 ‘Czechmark Trilogy’ is an updated version of ‘Carousel’ and is dramatic enough to cause distracted
driving in a curbside planting. Plant at your own risk. This variety powers out clusters of multicolored
flowers ranging from pristine white to magenta in early summer. This classic type reaches a mounding
four feet tall and will be noticed by every local hummingbird and butterfly when in bloom. 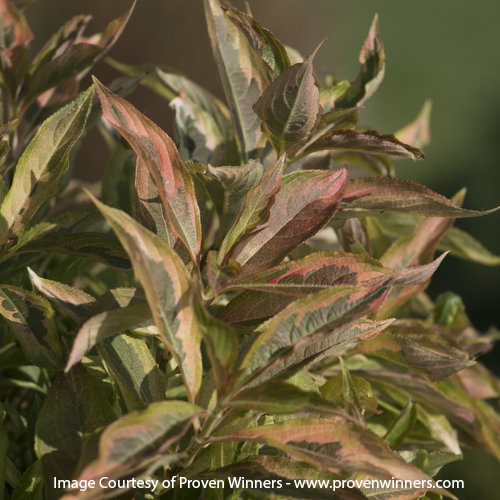 ‘My Monet ‘Sunset’ is the pinnacle of foliage love. The new growth is variegated and flushed with
yellow-oranges and pinks that will brighten up any border. Blooms can’t compete with the vibrant foliage, so this one mostly makes the beautiful leaves. It will pop out with the occasional pink flower, but the foliage is the reason to fall in love. 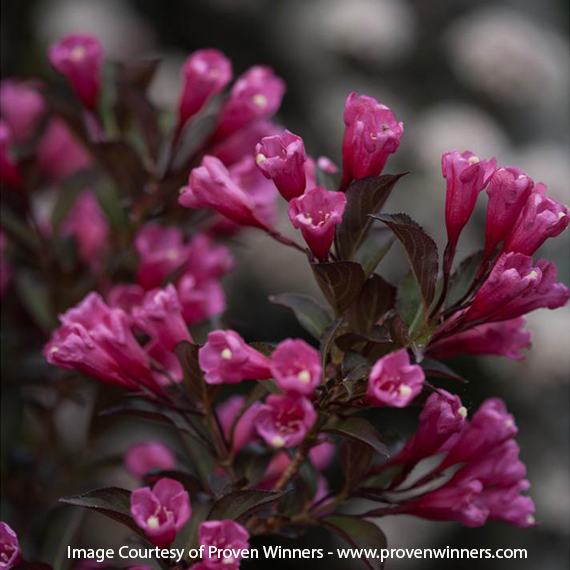 ‘Wine and Roses’ will give you those classic red leaves, but with a little bit of height. The pink blooms
are a refreshing touch in early summer, but the perfect foliage carries this one through the season. At
four to five feet in height, this variety takes up some space, so it definitely wants to provide a
background role in the summer show..