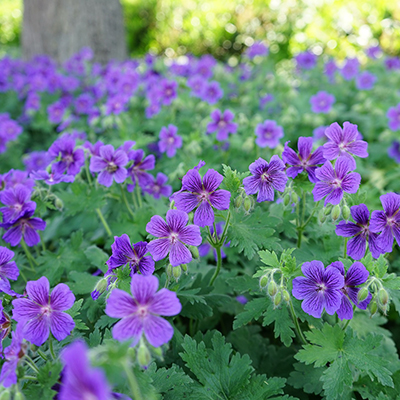 Her real name is Geranium Rozanne® (‘Gerwat) but you can call her Rozanne. Almost every perennial gardener is on a first name basis with her since she makes such a good garden friend. Not every perennial flower garners the praise that she does either. Right from the start in horticultural trials the rumors began that ‘Rozanne’ was going to be something really special. When she first came on the market she hit like a hurricane! People were asking for her before we had even seen or tried her. What makes ‘Rozanne’ so special?

The only thing she could do better is bloom all winter!