Are Gnats Bugging Your Plants? 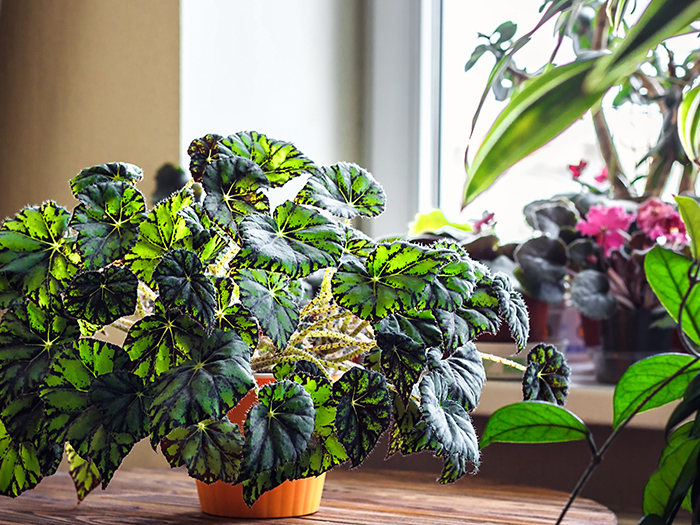 Your plants are all safely indoors and one of your worst nightmares has come to life. It began with one; it flew past your face and you tried to ignore it. Suddenly, they were everywhere.

You have fungus gnats.

There is no shame in having to deal with this invasion; we have all been here and will be again. A small outbreak is no big deal and can be remedied by hanging up a few yellow sticky cards and allowing everything to dry out. A quick soil treatment with one of the following solutions will knock them back while you figure out the root cause of the infestation.

The most popular treatment for fungus gnats is to water the soil of your plant with a mixture of one cup of hydrogen peroxide and three cups of water. This should be applied when the soil is dry. Treating with a water-based solution at the incorrect time can increase the problem which attracted the gnats in the first place. Hydrogen peroxide is particularly effective if you have a small infestation which is not caused by serious cultural problems. This fix is mostly harmless and can be repeated when the plant dries out again.

A soil drench with two tablespoons of neem oil mixed with a gallon of water will also effectively end the gnats at their source. Neem has one of those odors which some people do not mind and others are unable to bear. As an oil, neem should not be used for repeated treatment. If the problem is not corrected after one drench, it may be best to move to an alternate solution. The beauty of neem is that the larvae will stop eating and developing. If you have a massive infestation, this should be your first choice.

Yellow sticky cards are very effective to capture flying adults and will help prevent new eggs from being laid in the soil, but they are not likely to remove the problem permanently.

There are many other recommendations, which are effective to varying degrees. Diatomaceous earth spread on the soil may help control the immature larvae and prevent the adults from laying fresh eggs. It can be unsightly and a bit messy. This completely organic approach will take time to work.

The use of mosquito bits and nematodes may help, but they are not magical cures. Nematodes can be problematic and destructive for many beneficial species in the environment and the mosquito bits need to be applied with a regularity that will keep your plants waterlogged. These fixes may be best kept to heavily watered plants, such as ferns and contained systems like terrariums.

Cinnamon belongs in food, not on plants. It may be antifungal, but it is going to cause a host of other problems if you start applying it to your plants. Cinnamon can affect pH in the soil and like the diatomaceous earth, it is messy and unsightly.

A fungicide drench will kill all of the food that the fungus gnat larvae are using to survive. It will also begin to resolve the underlying problem that attracted the gnats in the first place. Fungicides are toxic chemicals and a conversation with a professional is warranted before going down this path.

It is important that you only attempt one solution at a time. Make a plan of attack and give it time to work. Throwing everything at the problem is going to make it all worse. Even if the gnats disappear, you will not know which solution was effective. Some of these recommendations, when used together, could actually cause serious problems for the plants or even neutralize each other.

The truth about fungus gnats is that they are easier to prevent than to remove. If a houseplant is grown in the proper size container, with excellent drainage, and is allowed to dry appropriately between waterings, the gnats will never find a perfect environment to thrive. If there is no fungus, there can be no fungus gnats. Gnats are a sign that something is wrong with the care of the plant. They are the one pest that gardeners more or less invite into their homes through plant culture mistakes.

– Never repot into a container that is more than one size larger than the original pot.

– Never pot a plant directly into a container with no drainage. Rocks at the bottom of a pot only add weight. Water still collects in the bottom and everything gets swampy.

– Avoid wet bags of potting medium. If you always use a sterile medium, you will not introduce pests to your collection. Potting medium can be sterilized by baking in the oven at 400° Fahrenheit for at least twenty to thirty minutes.

– Most plants thrive on attentive neglect. If you think your plant can wait another day to be watered, it can probably wait for two or three.

– Once you remove the welcome mat, the gnats will stop moving in.