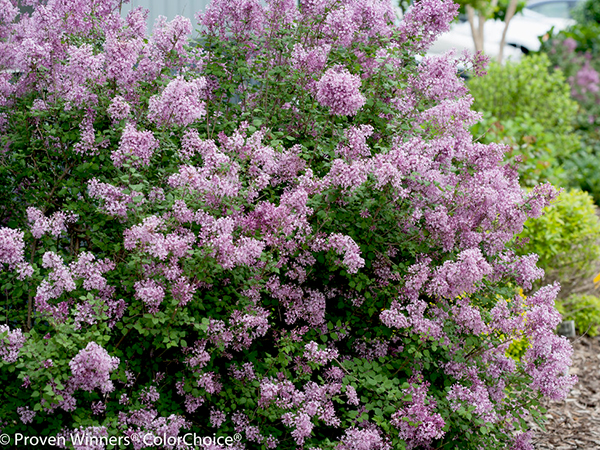 Lilacs are still one of the most beloved flowering shrubs. Take a deep breath. Can’t you just smell lilacs from memory? These ‘natural airwicks’ are hallmarks of spring. Too bad they only flower for one season. Wrong! There are now repeat blooming lilacs. ‘Josee’ (lavender-pink) was the first introduction that sent up additional blooms after the first flush but now the ‘Bloomerang’ series has left ‘Josee’ in the dust. So much so that even finding ‘Josee’ is difficult. ‘Bloomerang’ (lavender-purple) and ‘Bloomerang Dark Purple’ open in late April with masses of fragrant blooms. This is followed by two more rounds of flowers in summer and fall. ‘Bloomerang’ grows between 4’ and 5’ tall, while ‘Bloomerang Dark Purple’ gets a tad taller at 6’. ‘Bloomerang Dark Purple’ also has larger, more rounded blooms. Both are deer resistant, hardy to Zone 3, and do best in full sun. Repeat blooming Lilacs will reward you with more flowers if spent blooms are pruned off after each season’s flush.