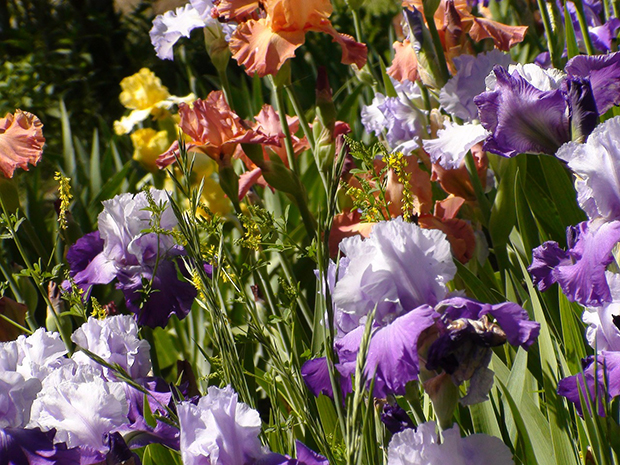 August is a great time for dividing perennial plants to expand your garden. Irises and daylilies can be divided now. If your Siberian irises have stopped blooming then they are definitely in need of division.

Dividing Iris – If you have 20 fans, it’s time to divide